It is a photo taken on Jan 3, 1932 at the establishment of the Frostbite Yacht Club at Manhasset Bay. My cousin Corliss Knapp Engle sent it to me. She is the daughter of Arthur Knapp, Jr. and discovered the print while cataloging his papers in preparation to sending them to the archives at Mystic Seaport.

I can identify three people in the photo:

There is a chapter in Uncle Arthur’s book titled “Race Your Boat Right” [Editor: here are three pages from the book: one, two, three] describing the start of frostbiting if you want more information from one on the first eight (if I remember correctly) frostbite sailors.

Update March 2019: Thanks to Emily Mayotte of the Mystic Seaport Museum for directing us to the August 1963 edition of Motor Boating Magazine which has the above picture by Mr. Rosenfeld along with an article about dinghy sailing. 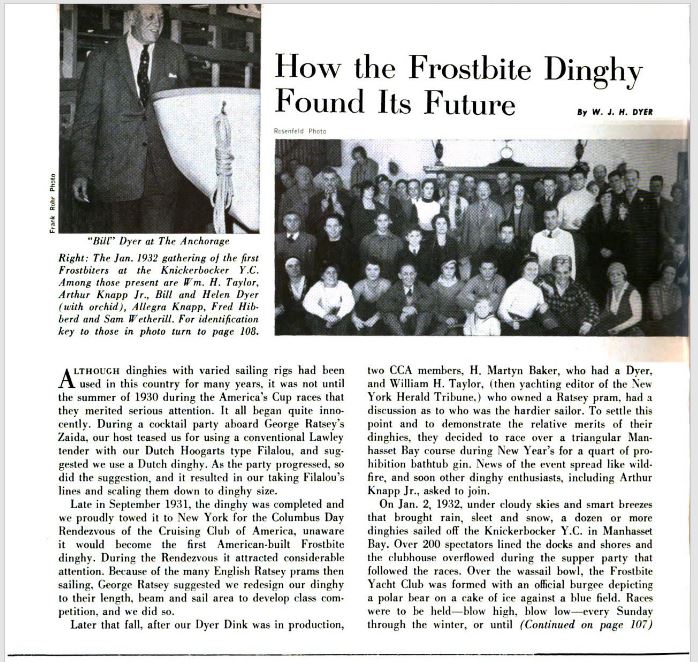 On Page 108 is a listing of people in the picture. There are some unknowns, but many are identified by position: